Regular readers of this blog (and thank you immeasurably for that!) know that I don’t usually do reviews. That’s mostly because I simply don’t have the patience for them (oh, how my mind wanders!), which is why my hat is lifted to JJ, Brad, Patrick, TomCat, PuzzleDoctor, and all of you for doing what I cannot!

Well, rules–even un-cemented ones–are made to be broken, and here I am, doing a review.

I feel I have to do it, simply to get it off my chest. 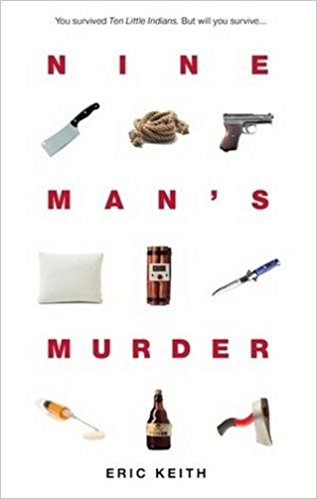 (And, yes, I could have simply re-phrased Roger Ebert’s entire review of North and had it serve as my review of Nine Man’s Murder.)

Right after I finished it, I wrote down my thoughts and finished it up with “I think I’ll probably forget it as of tomorrow.” Nothing could be further from the truth. I still remember the time I spent on it, and how disappointed I was in every aspect. Not to take anything away from author  Keith, who apparently has a great love of our genre and seems like a nice person from his comments on PuzzleDoctor’s blog. Nor from the people who liked it, including PD and Patrick. Nevertheless, I feel I must be truthful about my reaction, if you’re at all interested. Here goes:

Keith cannot write, plain and simple. Nor can he plot, in the sense of creating a story that keeps one reading on. He can formulate puzzle plots, which are necessary ipso facto for detective stories, but without anything to keep me reading on, I find that it has all the interest of the coldest logic puzzle you can conceive. Suspense, humor, human emotion, clever writing–all missing. I’m skeptical that Keith even understands Ten Little Indians, the book he’s riffing. That book has nail-biting tension as the end approaches, combined with wondering how Christie could ever pull off an ending. This book had me yawning, as I couldn’t give a damn which of these stick figures had murdered the other eight. It’s this kind of book, to be honest, that gave detective stories a bad name.

This is the same flaw I see regarding most of Paul Halter’s works, but Halter seems like the greatest writer on God’s green earth compared to Keith. (And that is something I thought I’d never, ever, say!) The silliness of something like The Invisible Circle, or the lack of characterization in The Tiger’s Head, is nowhere in the same level of badness as something here. I used to be one of those people who thought that Halter’s books read less like detective stories than synopses of detective stories, but that’s nothing compared to Keith. I’m loath even to call what he did “writing.”

And the puzzle-plot. Ah, yes, the puzzle-plot, that sine qua non of detective stories. John Dickson Carr formulated the central twist here in 1935. Anthony Horowitz invented a creative variant of Carr’s trick in 2004. Keith took Horowitz’s variant and combined it with Christie’s main trick from And Then There Were None. There was some clever locked-room stuff, but nothing that held my interest out of idle curiosity.

As I noted above, despite the unoriginality of the central twist, Keith can create puzzle-plots. The chain of cluing here is good, if (again) dull to read. If Keith desires to go on writing detective stories, he should invest in a collaborator who can do the writing whilst he does the plotting. It would be an improvement for all involved.

Ugh. This is one of the worst detective stories I’ve read in a long time. (Luckily, Hard Tack, the detective story I just finished, is a good remedy.) Anything else in the field, even the unbearable Crofts, is better than this.

P.S. In his [also negative] review, TomCat mentions an alternate solution he dreamt up, and it’s a great one. As I told him, I can only wish that Keith had gone with something like that instead. 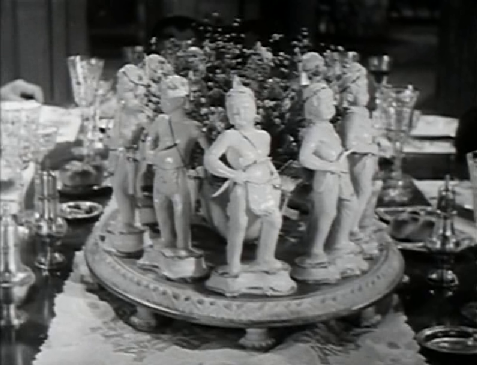 What You Should Read/Watch Instead–And Then There Were None

This entry was posted in Authors, Reviews and tagged Agatha Christie, And Then There Were None, Eric Keith, Nine Man's Murder, Review, Ten Little Indians, Terrible. Bookmark the permalink.